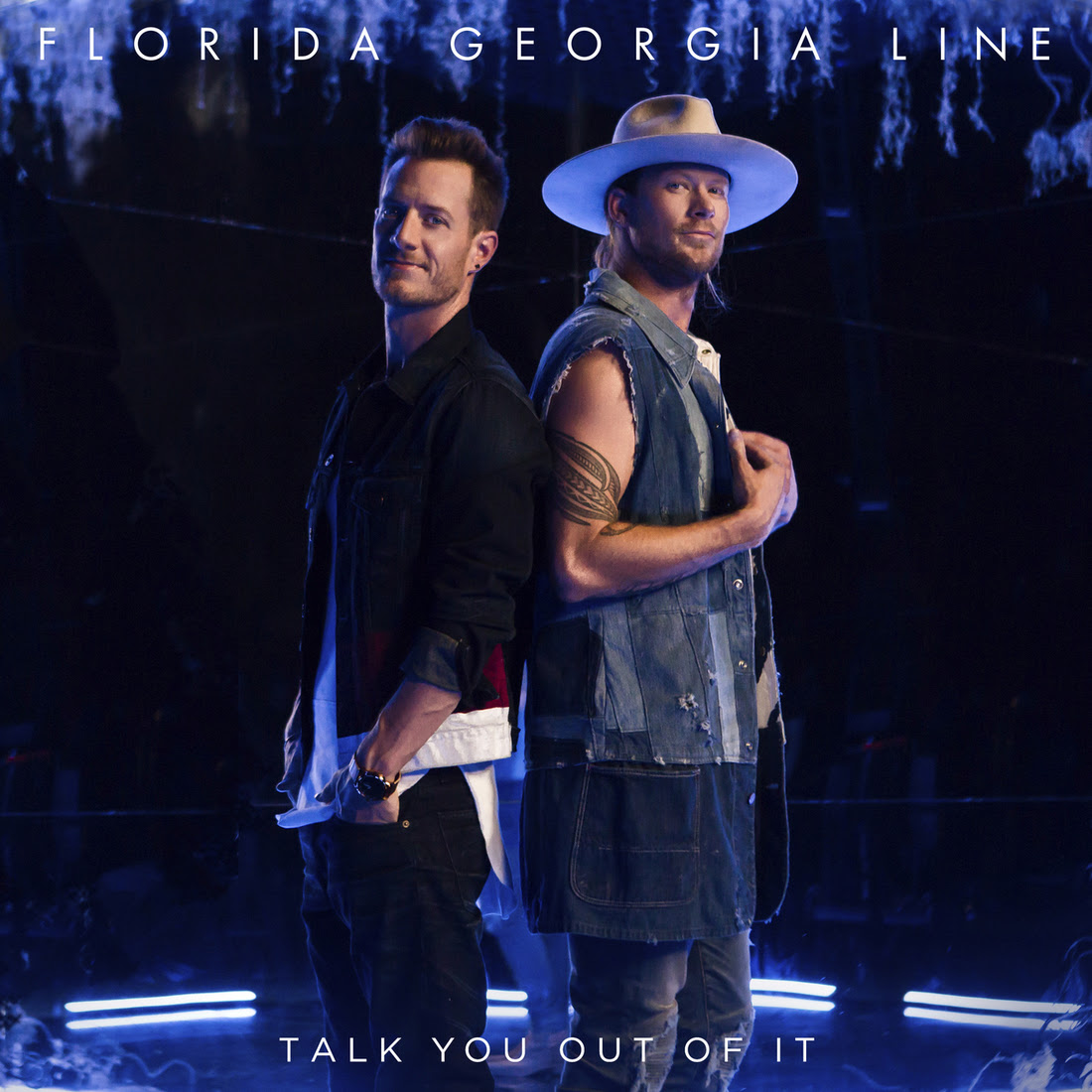 NASHVILLE, TENN. (October 22, 2018) — FLORIDA GEORGIA LINE is coming in hot with a sensual new single, “Talk You Out of It,” available now across all major online retailers and is set to impact Country radio on November 5. The latest teaser of their much-anticipated fourth studio album on BMLG Records, this steamy knockout seduces with flirtatious come-on lyrics that turn up the heat over a smooth banjo riff mixed with sultry R&B elements. The global entertainers recorded the HARDY, Hunter Phelps, Jameson Rogers and Alysa Vanderheym-penned track produced Joey Moi.

“‘Talk You Out of It’ has a very different feel for us … It’s the baby-making song on the album,” laughs Tyler Hubbard. “But really, BK and I are always challenging ourselves creatively and knew that we had to record it when we first heard it.”

FGL’s Brian Kelley agrees, “The vibe was just so money. Nothing like a good date night in.”

Early reviews of “Talk You Out of It” are on fire:
“…pulls liberally from the seductive strains of Nineties R&B slow jams.” – Rolling Stone
“Florida Georgia Line’s ‘Talk You Out of It’ Is Dang Sexy” – The Boot
“…Switch Things Up With R&B-Inspired Single…” – Billboard
“…sizzling new song…” – Taste of Country
“Is it hot in here or is it Florida Georgia Line?” – One Country

FGL continues to burn up the charts and just last week topped both Billboard and Country Aircheck/Mediabase Country Airplay with “Simple” (16th #1 overall as artists). The back-to-basics lead single has clearly struck a chord, recently being certified PLATINUM while also claiming another RIAA landmark as their 2013 game-changer “This Is How We Roll” is now 5X PLATINUM.