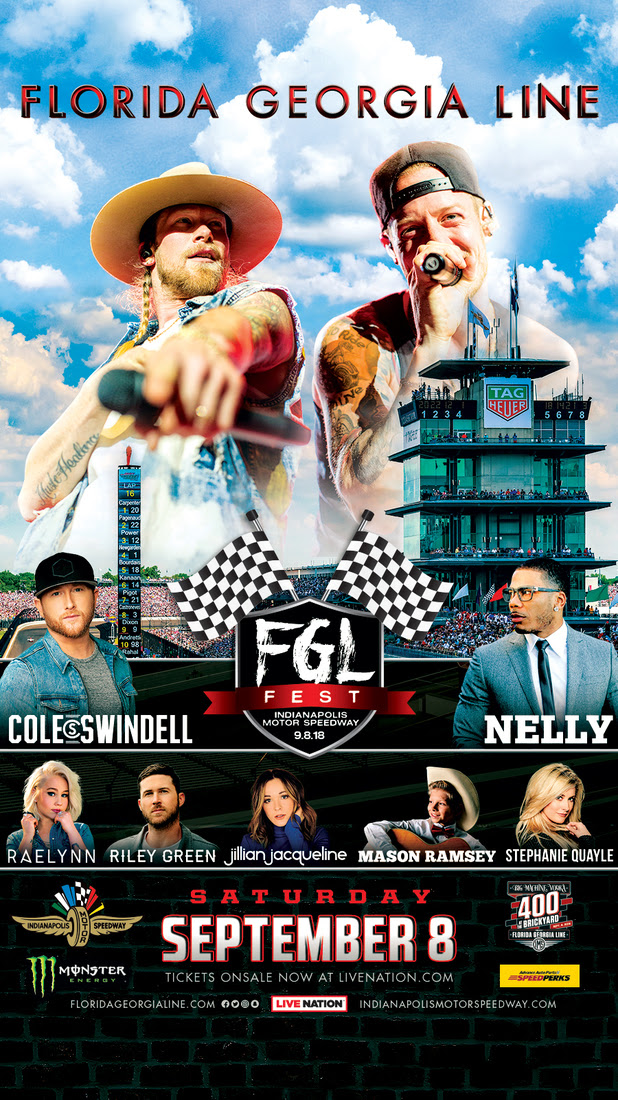 With their roots-infused Top 5-and-rising single “Simple,” FGL will preview new tunes off their anticipated fourth studio album (BMLG Records) alongside chart-topping hits from their colossal career. Putting pedal to the metal, the MULTI-PLATINUM pair follow up their landmark performance with an appearance during race weekend as honorary grand marshals of the Big Machine 400 at the Brickyard Powered by Florida Georgia Line race on the 2.5-mile IMS oval Sunday afternoon (9/9).

Big Machine Label Group Founder, President and CEO Scott Borchetta will also be on-site to wave the green flag to start the 25th Running of the Monster Energy NASCAR Cup Series race at 2 p.m. (ET). Big Machine became the title sponsor after a nearly decade-long partnership with IMS. The Big Machine 400 at the Brickyard Powered by Florida Georgia Line event will also spotlight the Lilly Diabetes 250 for the NASCAR Xfinity Series (9/8) and the Driven2SaveLives BC39 presented by NOS Energy Drink for the USAC P1 Insurance Midget National Championship (9/5-6) on the brand-new The Dirt Track at IMS inside Turn 3 of the IMS oval.

WHY: Billboard’s Trailblazer Award recipients continue to be bold in their groundbreaking artistry with the creation of their first-ever FGL Fest during the Indianapolis Motor Speedway’s 25th annual NASCAR weekend and coinciding with the Big Machine 400 at the Brickyard Powered by Florida Georgia Line race (9/9). This is the first time a major recording artist or act has been added to the official name of a NASCAR race over a multi-year period.

The kings of collaborations are currently shattering records with their 3X PLATINUM-certified, #1 “Meant to Be” with Bebe Rexha (15th #1 overall as artists plus tops the Billboard Hot Country Songs chart for a 40th week – the longest reign in chart history). Exceeding 4.2 billion streams, 31 million tracks, and more than 4.3 million albums sold worldwide, FGL remains the first Country act to achieve RIAA’s Diamond certification (10 million copies sold) for their now 11X-PLATINUM breakout “Cruise,” which is the best-selling digital country single of all time.

The six-time CMA Vocal Duo of the Year nominees will next vie for the acclaimed title, plus Single of the Year and Musical Event of the Year for “Meant to Be” with Bebe Rexha at The 52nd Annual CMA Awards (11/14). FGL will further elevate their revolutionary status with a five-night residency, FLORIDA GEORGIA LINE LIVE FROM LAS VEGAS, inside Zappos Theater at Planet Hollywood Resort & Casino in December. 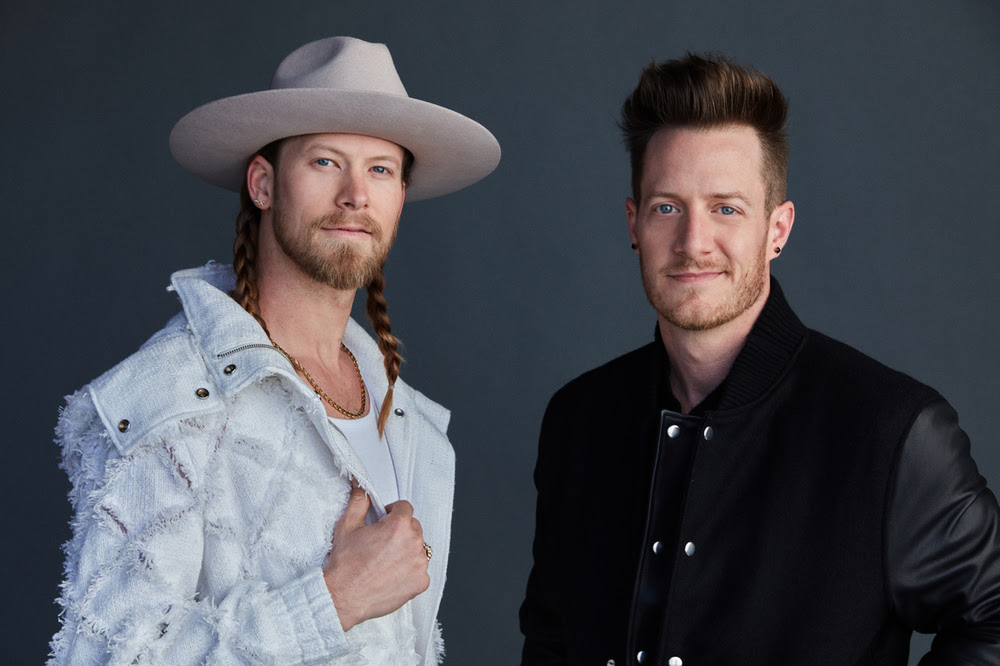