DUE TO POPULAR DEMAND, FLORIDA GEORGIA LINE LIVE FROM LAS VEGAS TO RETURN TO PLANET HOLLYWOOD RESORT & CASINO FOR FOUR SHOWS NOVEMBER 6, 8, 9 AND 12, 2019 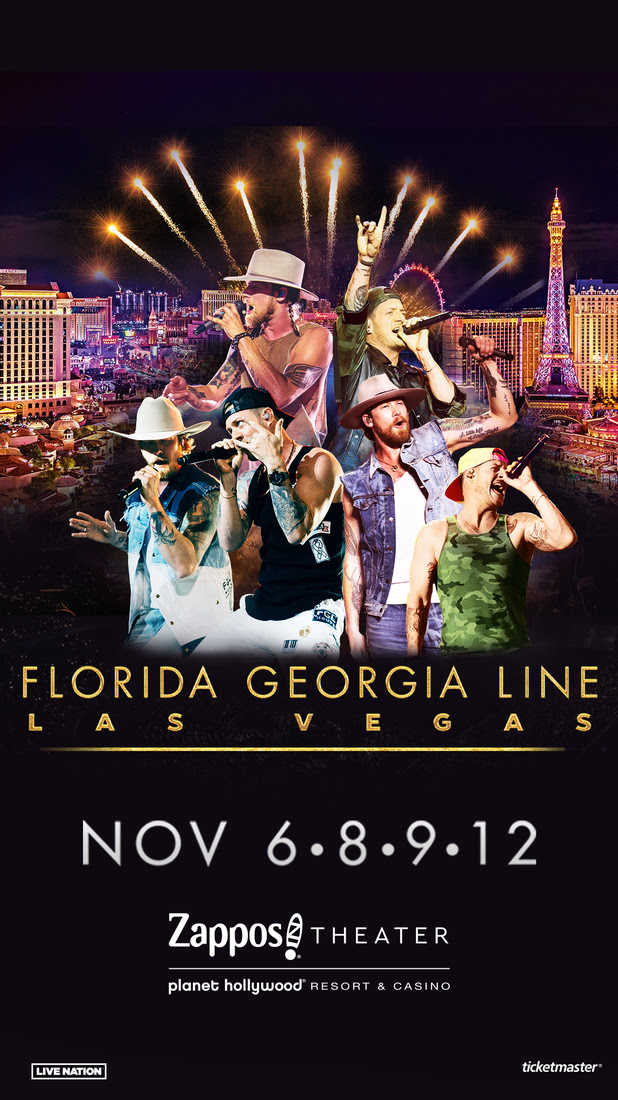 The anything-goes shows feature a set list that spans FGL’s history-making #1 hits, including their 11X PLATINUM breakout “Cruise,” “Meant to Be” with Bebe Rexha – up for ACM Single of the Year, Song of the Year and Music Event of the Year while earning iHeartRadio’s Titanium Award for reaching 1 billion total audience spins in 2018 – “H.O.L.Y.,” “May We All” (feat. Tim McGraw), and “God, Your Mama, And Me” (feat. Backstreet Boys), as well as fresh tunes from their recently released fourth studio album CAN’T SAY I AIN’T COUNTRY (BMLG Records), including chart-topper “Simple” and current single “Talk You Out of It.”

Tickets for FLORIDA GEORGIA LINE LIVE FROM LAS VEGAS will go on sale to the public Friday, April 12 at 10 a.m. PT. General ticket prices begin at $39, plus applicable tax and fees, and may be purchased online at ticketmaster.com or in-person at the Planet Hollywood box office. All shows begin at 8 p.m.